The beginning of our journey actually started a year ago.

Chuck and I had plans to travel up to Asheville for a quick overnight trip to see one of our favorite bands in concert. The plan was for him to pick me up straight from work and go, but I ended up needing to stay at work, we got off a little later than we’d hoped and I was totally stressed out by the time we started on our way.

As we were driving along, I was looking out the window at the beautiful NC mountains and just feeling utterly overwhelmed. When and how did life get so crazy? I felt like our life was moving such a frenetic pace and I didn’t know how to slow things down. 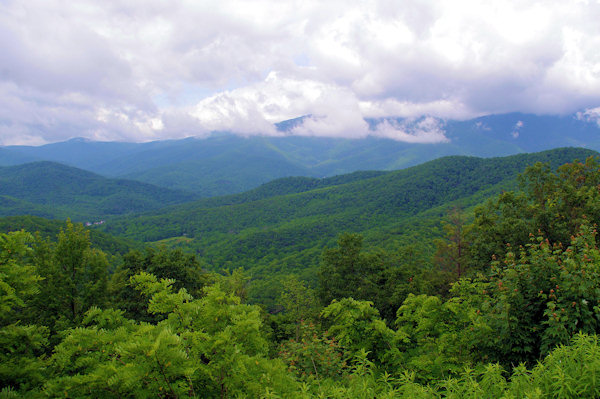 Since turning 40 3 weeks prior, I had spent a lot of time wondering what the next half of my life would bring. What did the Lord have in store for me? for Chuck? for us? for the boys? Chuck and I felt very content and fulfilled in our lives, we had been blessed in so many ways- a wonderful family living close by, many amazing friends, stable jobs, our home. But were we ever going to be called to do something bigger or different?  I was really struggling with how to get out of the tunnel I felt we were in, days and weeks passing by, rushing, rushing, and more rushing without spending meaningful time having meaningful conversations with the meaningful people in our lives.

Unlike Chuck, I grew up in a family that moved a lot and, as a result, I never felt like I was really able to establish true roots or lifelong friends. This is one thing I have always hoped would be different for our boys. We only had one shot at having the boys home with us in their early years and as silly as it seems, I wondered if we were providing enough memorable experiences for them? Other than our annual trip to the beach and a few other smaller trips, we hadn’t travelled with them much. They didn’t really know life outside Greenville and we hadn’t done much to help change that. With a few exceptions, we generally had not forced our kids into activities, but had let them help in the decision making about what they wanted to do with their free time.  Lately, however, I was starting to feel like we were falling short when it came to encouraging them to take risks, to think outside the box, to pursue uniqueness rather than to just do what everyone around them was doing.

Back to our car ride. I had asked Chuck if he had noticed how crazy our life had gotten, what did he think? It got very quiet in the car. “I think we need to start wrapping our heads around possibly moving to France”, he said. This was a complete shock. This was not what I had in mind. Sure, as a Michelin employee for years, there were times when we thought Chuck might be asked to move to France, but since he had moved into a different position 4-5 yrs ago, the possibility had faded way into the background and hadn’t come up in conversation for a year or two. I’m pretty sure I was speechless for 5 minutes. Then, I burst into tears. This was not the answer I had expected. And if I’m being completely honest, I was terrified.

That night in Asheville was a complete blur; my mind was flooded with so many thoughts, questions, what ifs, what abouts, that I don’t really remember many details about our meal, or even the concert. But I do remember walking past this giant chalkboard wall on a side street in Asheville where people list things they want to do before they die. There are so many fascinating things people list, but one that night in particular stood out to us…

I do remember keeping Chuck up until late into the night because I had so many questions… what about–? what if–? when?’s and that was just the beginning…..

It’s amazing how far we’ve come since that night 13 months ago. Now that we are here, many of those initial questions have been answered, many of the concerns/fears/worries about how we would tackle the biggest move of our life have come and gone. We are here now, we are settling in and buckling our seatbelts for one wild ride.